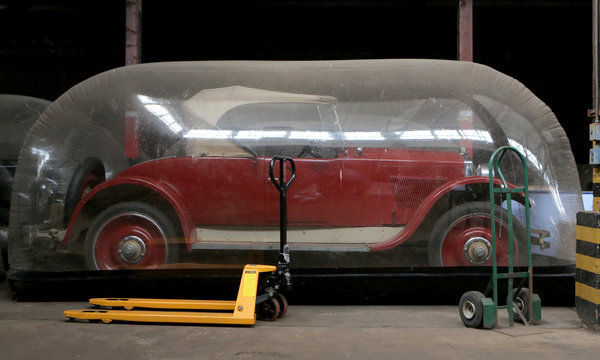 The New York Times is stepping up its coverage of Detroit once again, as the city’s emergency manager issues dire warnings to creditors and seems to be paving the way to bankruptcy.

There was a flurry of stories about the possibility of the Detroit Institute of Art perhaps being liquidated to help pay off Detroit’s debt (the museum is one of the largest municipally owned museums in the country, and includes several masterpieces, including Diego River’s frescoes). The museum is owned by the city, but funded primarily by an endowment and by a property tax levy approved by voters in 2012.

Much of the coverage of Detroit (in the NYT and elsewhere) has focused on these possibilities of cultural asset purging, but there has been far less coverage on the human implications of cutbacks, or of the assets not valued by the rising upper-income population of the city. The school district began selling off buildings last year with little notice.

DETROIT — As this debt-ridden city lurches toward a possible bankruptcy filing, residents and workers have been locked in a grim faceoff with creditors over how to preserve what remains of their services and benefits.

Contributing to the municipal anxiety is the possibility that some of the city’s cultural treasures could be sold off, including masterpieces in the Detroit Institute of Arts and the Belle Isle park in the Detroit River.
…
In a Chapter 9 bankruptcy — which is highly unusual, especially for a big city — it would be up to a judge, if asked, to decide on a request to sell assets like the art or cars. Even if a judge is so inclined, some creditors might be loath to appear too hard-nosed by going after municipal treasures.

“They’re going to want to take everything they can out of the city’s assets, but they won’t want to take the heart out of the body,” said James V. McTevia, a corporate turnaround expert who runs McTevia & Associates in Bingham Farms, Mich.

It will be interesting if other aspects of Detroit’s heart get similar treatment from creditors in their desire not to appear too “hard-nosed.” Or perhaps the ire of poor residents and retirees isn’t something they’re worried about.

Read: Anxiety in Detroit Over a Prized Car Trove – NYTimes.com.